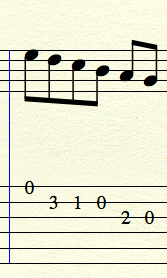 Instead of playing the scale with three notes on the second string, what if we played it like this: 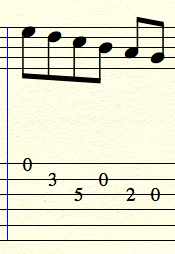