Tech • nique – the manner and ability with which an artist, writer, dancer, athlete, or the like employs the technical skills of a particular art or field of endeavor.

Classical guitar technique is how we move to accomplish our goals. In other words, technique is what we do to accomplish all of the musical things we want to accomplish. Thus, it’s extremely important to isolate your technical deficiencies and work on them. For classical guitarists, that means doing (1) arpeggios, (2) slurs, (3) guitar scales, (4) other left hand considerations and (5) other extended techniques such as rasgueado or things like the snare drum effect.

The Classical Guitar Blog has a ton of resources on technique, so let me highlight a few for you below. Following the list of posts on this site, there some recommendations for books about classical guitar technique.

The word arpeggio means broken chord. Take the notes of a chord, and play them in sequence rather than all together.

In the classical guitar world, playing arpeggios means using a specific right hand technique in which there is one finger per string. Those fingers are then used to play the notes of a chord in sequence. Sometimes this is easy (like the example below), and sometimes it’s very complex.

Arpeggios don’t get a lot of love in the technical practice world. Which is unfortunate. Classical guitarists spend a lot of time playing around with arpeggio textures. Some of the most famous pieces of the guitar repertoire include extended sections of repeated arpeggio patterns. It makes sense then that you should spend some time with arpeggios in your technical practice routine. The Giuliani right hand studies and other similar exercises are some of the most effective ways to practice arpeggios.

Tremolo, repeating notes on a single string, and cross-string trills also fit into the arpeggios category. They are, after all, extensions of arpeggio technique.

Slurs on the Guitar

Slurs (aka Hammer Ons and Pull Offs) are one of the most demanding left hand techniques. And, frankly, a lot of intermediate guitarists have trouble with them. Even advanced guitarists have difficulties with trills and other extensions of left hand slur technique. Beyond the obvious technical difficulties of them, improper slurs can often ruin the musical flow of the pieces or even destroy phrasing.

Here are some resources to help with your slur practice.

Ah, scales, a guitarist’s best friend, right? Maybe not. Honestly the classical guitar repertoire doesn’t include a lot of passages of extended scales. And if you happen to be playing a piece with a lot of scales, it makes more sense to practice those scales instead of abstracted major and minor scales. Still, scales are an essential part of guitar technique and should be included in your routine.

Scale practice should include long, short, and burst practice. Not just long, 1 or 2 octave Segovia scales. Try incorporating a few one octave scales and five-note bursts into your technical routine.

Here are some resources about scale practice.

One of the first thing to consider is shifting up and down the neck of the guitar. Most likely you’ll getting plenty of shifting practicing during your normal repertoire practice. So much of left hand shifting is piece-specific that it’s hard to practice it outside of those contexts. Should you want to add this to your technical routine, I suggest you extract portions from pieces and use them.

The left hand can either be in an angled or straight position. Both are useful depending on the context.

Finally, do classical guitarists really play on their fingertips? Sometimes. Again, it depends on the piece. 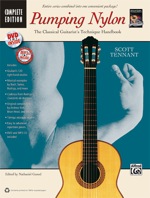 Pumping Nylon has been one of the standard classical guitar technique texts for nearly ten years. And for good reason: it’s damn good. Author Scott Tennant put together what is essentially a book of some of the most effective technical exercises for the guitar. It includes exercises for rasgueado, slurs, arpeggios, and left hand finger independence and coordination. The down side to Pumping Nylon is that there is very little in the way of text and explanations. Scott Tennant pretty much throws a bunch of exercises at you to practice with no real suggestions on how to incorporate them into a coherent whole of a technical routine. 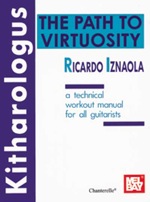 Kitharologus, like pumping nylon, is a bit lean on text. That said, while Kitharologus lacks text, it’s not short of detail. This is a book of exclusively technical exercises laid out in levels of increasing difficulty. In addition, Iznaola gives you metronome markings for every exercise and an entire practice routine for getting through the entire book. It’s an impressively coherent, clearly laid out technical routine that would keep any guitarist busy for a year or more.

The Art of Classical Guitar Playing by Charles Duncan 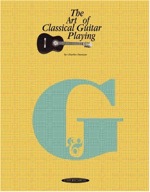 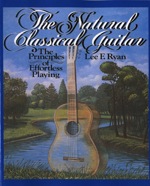 The Natural Classical Guitar is another book of explanations and info about the how and why of guitar technique. Some key ideas of this book have become common knowledge in the guitar world: the play relax technique and ballistic motion to name a few. Unfortunately, The Natural Classical Guitar is out of print and expensive to buy. That said, the local library may have a copy, or check at a nearby university library. 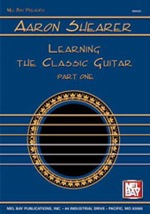 Aaron Shearer was one of the most well known guitar pedagogues of the 20th century. Learning the Classic Guitar is the first of three volumes of his guitar method. That said, this one is all text. It’s mean to be studied along with part two. As a method it’s really not very good. As a book about classical guitar technique, if you can get past Shearer’s very formal writing style, it’s very good.