Sometimes there are sections that always sound uneven. Altering the rhythm can give a player more control, and help even out those difficult passages.

It’s as simple as it sounds. Have a passage in fast 16th notes? Try playing in triplets or quintuplets–the notes don’t have to move faster or slower, the accents just shift around. The options are infinite. This technique can work with anything, and it does help expose hidden issues. 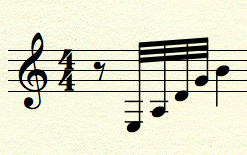 And here are some of the rhythmic alterations I tried out: 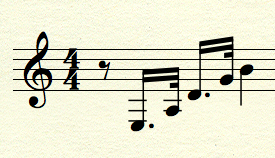 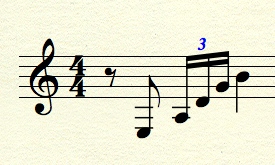 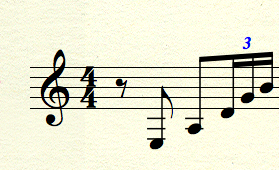 The end result is that I discovered I have the tendency to play m a as a unit. This is not something that happens when I just play a quick ascending arpeggio p i m a. Whenever I have to drag my thumb in time, it throws off my hand position a bit, requiring some compensation. Because I noticed what was going wrong, I can now work on controlling it.

Altering the the rhythm of a passage is a great help.

Posted on May 14, 2009 in Guitar Practice Techniques