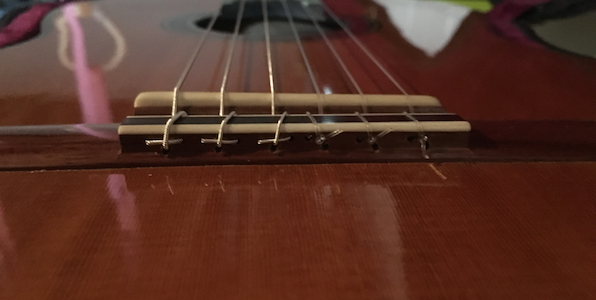 When does one begin to develop an interpretation of a piece? The common wisdom is that you learn to play it first, then add in the “musical stuff” later.

That’s a flawed conception. It treats a piece as two separate entities: technique and physical movements vs. musical elements and interpretation.

The way we execute a piece physically (technique) is a direct product of interpretation. Playing a diminuendo requires a different sort of technique that just playing at even volume. Forte feels different in the fingers than piano.

So in a sense “learning” a peice first, then adding musical elements is like learning two sets of movements. And considering that most guitarists only interpret as an afterthought to finger wiggling, we’re left with a majority of our practice time devoted to a dry so called “un-interpreted**” version of a piece that comes out on stage because we spent more time practicing that way.

Practice and incorporate musical elements from the start of working a piece, and ingrain those movements from day one. Of course you’ll change things along the way and be able to do more interpretive elements, but it can’t hurt to get a head start.

Posted on July 21, 2009 in Musical Interpretation and Musicianship